Let’s face it. Networks are a pain to implement, maintain, and debug. Additionally, they’re often viewed as fragile enough that many teams generally wish to avoid routinely poking at them by messing with configurations or frequently creating/deleting VLANs.

Implementing a flexible and scalable private cloud environment on an inflexible network will only serve to reduce the flexibility and scalability of a private cloud environment that needs to grow.  In addition, ongoing management of these environments can quickly become difficult when administrators don’t have the ability to easily restrict network access by group, or have the ability to rapidly create new stand-alone networks for a specific application, group, or requirement. 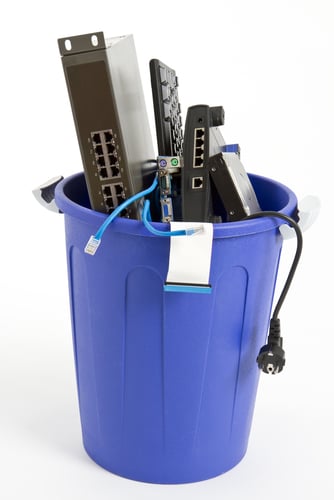 Let’s expand on this AWS example.  Amazon offers a Virtual Private Cloud (VPC) that is essentially a private cloud hosted in the public cloud. Confused yet?  Don’t be. AWS uses advanced network and security parameters to effectively cordon off your cloud-based VMs from other tenants, allowing for secure communication and private networking in your hosted private cloud. They do this by manipulating the network layers in the hypervisors. AWS’ use of networking, although advanced, has its limitations, though. For instance, although VPCs can span availability zones, separate regions may require separate VPC definitions, leaving the networking integration to the user. In those cases, your local facility will have to implement it’s own routes to properly send traffic to the correct VPC. Although you can certainly work through those limitations, a hosted private cloud like that is wholly dependent on AWS.

It doesn’t get any easier when your private cloud is completely on-prem. Be it demand growth, or a shift in requirements or priorities, networking is likely to be one of the significant bottlenecks in the growth and success of your private cloud.

This is why a technology like network virtualization is so important. Implementing network virtualization in a private cloud environment (be it greenfield, or layered into an existing brownfield environment) allows you to approach new requirements with flexibility in mind and little concern over the networking infrastructure. Just make sure that your underlying network has the Layer 2 capacity for required traffic, and then start to build your environment above that.

In order to attain the flexibility of network virtualization on top of your private cloud, you need effective management. This goes beyond creating a handful of networks and handing them over to users.  Understanding what networks are required by which users and groups, and then ensuring that access is properly controlled is more than critical: it’s a requirement that must be met, or the network will remain a significant impedance to growth. Especially when it is time to expand the reach of your private cloud—whether that be adding capacity, layering in additional technologies, or perhaps looking to securely and safely make use of public cloud resources (congrats, you now have a hybrid cloud!)—Management of the entire stack is an imperative part of the solution. Deploy applications, resources, and networks all in one pass, no matter the environment. That’s the promise of network virtualization. CloudBolt makes it usable.