We're happy to announce the release of CloudBolt C2 v3.6.0!

Do you have a large number of users, but don't want to connect C2 to LDAP or Active Directory? Not a problem anymore, as C2 can now import users from a csv file.

From the beginning, CloudBolt enables plain old virtualzation environments to provide resources in a Cloud-ified manner: virtualization becomes Infrastructure as a Service and Platfform as a Service.  Strating with v3.6.0, we enable users to request multiple servers from multiple environments.  Previously, they could request multiple servers, but only from on envronment at a time.

We've also invested a bunch of time in performance tuning the UI, including adding capabilities to filter the server list by the OS family a server belongs to.

C2 can also now query a Configuration Management system to determine which virtual machines in your environment are also managed by a supported CM system so that C2 can enable more fine-grained application and life-cycle management of those VMs.

Ready to upgrade?  Hit up our support portal (login required) for details.  Want to kick the tires?  Request a download now!

END_OF_DOCUMENT_TOKEN_TO_BE_REPLACED

In an enterprise organization without virtualization technology, the creation and configuration of new networks requires a network engineering team to manually configure network devices. The process is often difficult and arduous as a lengthy troubleshooting process ensues between network engineers and the server team when the network does not function as expected.  The advent of server virtualization has added the virtualization administrator to this process to make the new network available within the hypervisor. The process is sufficiently cumbersome enough that IT administrators aggressively avoid the activity, and instead reuse and overload existing networks to the detriment of the end users of IT.

Avoiding the creation of new networks impacts development and quality assurance more adversely than production as it causes pre-production environments to drift from production. That creates unexpected environmental problems when applications are promoted to production (e.g., hours after the site goes down, “ah, it doesn’t work when service X is not on the same subnet!”). 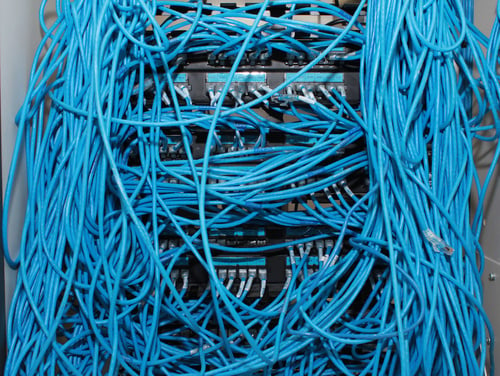 The level of difficulty of a technical procedure should not dictate the processes undertaken. Technology should act as a catalyst of change, rather than an inhibitor.  VMware network virtualization (The bits they purchased from Nicira, which was formerly NVP, or Network Virtualization Platform) moves the state of technology forward by abstracting the network from the underlying hardware, and eliminates dependency on high-end networking hardware and specialists trained in the configuration of proprietary hardware.

This advancement provides an opportunity and a challenge:

Combined with network virtualization, CloudBolt C2 provides an exceedingly simple web interface that IT consumers can use to request new virtual networks as well as servers.  C2 guides these requests through an approval process and then takes action on them, taking care of communication with more complex back-end systems like VMware network virtualization, server virtualization, and configuration management systems. The level of integration between C2 and network virtualization is unequaled in the industry. The CloudBolt C2 Enterprise edition enables features such as adding fine-grained permission controls around the creation and deletion of virtual networks, granting end users the ability to save a composite network-server order as an “application” for rapid re-deployment of complex services, and gathering network utilization data from Nicira to incorporate into C2’s cost-tracking system.

The end result is that users can easily create entire labs and data center environments in minutes with just a few graphically-driven choices.  Not only does this accelerate and automate existing tasks facing IT organization, it also enables them to work in ways that were heretofore impractical or impossible, granting end users an unsurpassed level of self-sufficiency.