Automation of the Trinity: Virtualization, Network, and Security

Danelle Au wrote an exellent article for SecurityWeek that is essentially a case study for why organizations need CloudBolt C2 in their environments. She talks about how, at scale, the only way to achieve the needed environment security is with significant automation, making the key point that “automation and orchestration is no longer a ‘nice to have.’” 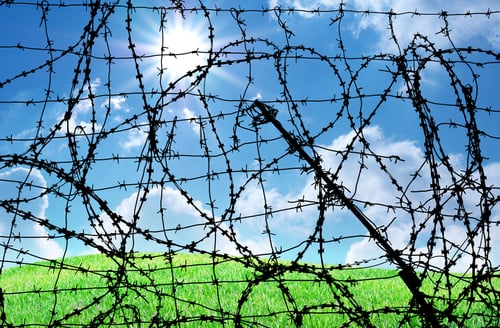 Yep. It’s a must. A requirement.

In her description of a manual provisioning process, Danelle accurately points out that there are numerous variables that need to be accounted for throughout the process, and that one-off choices, combined with human error can often open up organizations to broader security issues.

In order to achieve the “trinity” (as Danelle calls it) of “virtualization, networking and security”, a tool must have domain knowledge of each of the separate toolsets that control those aspects. Tools like vCenter, RHEV, or Xen handle Virtualization Management (just to name a few). Each of those tools also has some level of their own networking administration and management, but a customer might also be looking to implement Software Defined Networking that’s totally separate from the virtualization provider. So now couple Virtualization Management with a tool such as Nicira, or perhaps Big Switch Networks, and the picture only grows more complicated.

Security, the last pillar of this trinity, is really the most difficult, but absolutely the one that benefits not just from automation, but also strict permissions on who can deploy what to where on what network. Automation might be able to grasp the “deploy a VM onto this network when I press this button” concept, but you need something quite a bit smarter when you take a deeper look at the security impacts of not just applications, but which systems they can be deployed on, in which environments.

So how do you expect admins to juggle this, with 1,000 different templates covering all the permutations of application installs in the virt manager? It’s probably not sustainable, even with a well-automated environment.

What is an admin to do? Well, for starters, admins use Data Center automation/Configuration Management tools like Puppet, Chef, HP Server Automation, GroundWorks, and AnsibleWorks to name a few. But in order to fully satisfy the security requirement, those applications and tools must also be fully incorporated into the automation environment. And then governed, to make sure that the production version of application X (which potentially has access to production data) can never be deployed by a QA admin into the test environment. An effective automation tool must be able to natively integrate with the CM as well, otherwise

And Denelle’s point of view was largely from the private cloud. What happens when it’s private cloudS, not cloud? And let’s not forget about AWS and their compatriots. Adding multiple destinations and target environments can drastically increase the complexity.

I do, however, have one glaringly huge issue with one of her comments: “It may not be sexy…” I happen to think that “The ability to translate complex business and organization goals” is more than a little sexy. It is IT nirvana.